The Midstream Is Primed for a Zero-Carbon Future 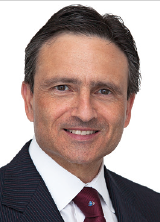 In this interview with Advisor Access, Yves Siegel, CFA,  principal at Siegel Asset Management Partners, lays out the reasons he believes midstream oil and gas companies will not only survive, but thrive, as the world leans into meeting renewable and clean energy goals.

Advisor Access: Energy is the best performing sector in the S&P 500 this year. What’s going on?

Yves Siegel: Through the end of May, the energy sector generated a total return of  39.2% compared with 12.6% for the S&P 500. The Alerian Midstream Energy Index (AMNA) return was 32.3%. There are several reasons for energy’s resurgence this year. The biggest driver has been the reopening trade as global economies bounce back from the pandemic. The fact is that fundamentals have dramatically improved. Oil prices have surged past pre-pandemic levels to around $70 per barrel, as global demand is within 5% of its 2019 average and the inventory overhang has dissipated. Natural gas prices have recovered as well.

In addition, rising interest rates have a disproportionate impact on the valuation of growth stocks as future earnings are discounted back to the present. The ten-year Treasury started the year at 0.92% and rose to as high as 1.74% this year before falling back toward 1.5%.

AA: What is your outlook for the energy sector given the strong performance year to date?

YS: I’m very bullish, with a strong level of conviction. Despite the year-to-date outperformance, the AMNA is still about 8% below where it was three years ago, while the broader market indices, such as the S&P 500 and NASDAQ, continue to make new highs. The midstream sector’s valuation is appealing, with an average yield of  about 6% and an enterprise-value-to-EBITDA (earnings before interest, taxes, depreciation, amortization) ratio of about 9.3x which is still below its historic range. I have made the case that the sector can rerate higher given the following dynamics, which may be underappreciated by investors.

Leverage has been reduced. Midstream companies have substantially repaired their balance sheets, which got stretched during a period of unprecedented infrastructure spending to support their customers’ rapid growth in oil and gas production. Painful dividend cuts are now in the rearview mirror.

Free cash flow generation is accelerating. The large infrastructure pipeline projects have been mostly completed and capital expenditures have been dramatically ratcheted back. Today’s energy companies are being managed to generate free cash flow that can be used to further reduce debt and/or return cash to shareholders through either dividend increases or share repurchases.

Companies are becoming ESG friendly. Midstream energy companies have embraced environmental, social, and governance (ESG) disclosure and reporting. The Energy Infrastructure Council (EIC), in 2019, created an ESG reporting template for its members. They recognize the growing importance of ESG to investors. All the midstream companies in our portfolio have posted sustainability reports and are focused on reducing carbon emissions (albeit only a few have established specific targets). They are laser-focused on their environmental, social, and governance ratings.

Midstream is directing capital investments toward clean energy. Although investments in clean energy are relatively small for most companies today, we expect they will grow substantially over time.

One exception is Enbridge Inc. (NYSE: ENB), for which nearly 5% of its earnings come from renewables. The company plans to invest CA$3 billion through 2023, and is exploring more than CA$4 billion in renewables and low carbon initiatives post-2023. Kinder Morgan Inc. (NYSE: KMI) has established an Energy Transition Ventures Group. The company is a major transporter of CO2 and is in a good position to pursue carbon capture and sequestration projects. Other companies have also established teams to explore green opportunities.

On a very positive note, management teams are displaying discipline and require a competitive return to justify these investments. Currently, low-hanging fruit include the electrification of pipelines with renewable sources of energy, such as solar.

AA: Recently, the International Energy Agency (IEA) released a special report entitled, “Net Zero by 2050: A Roadmap for the Global Energy Sector.” The report grabbed headlines for calling for no new oil and gas investments in new fields starting in 2021. What do you think of the report? 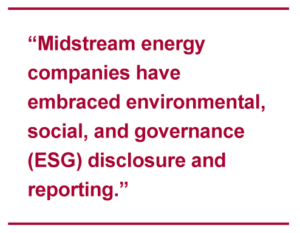 YS: The report detailed just one possible pathway to achieve global net-zero emissions by 2050, to limit the long-term increase in average global temperatures to 1.5 degrees Celsius from pre-industrial levels. I think many assumptions in the report are unrealistic. For example, the IEA is counting on technological breakthroughs related to battery storage; hydrogen and carbon capture; utilization and storage; unprecedented international cooperation; behavioral changes; and financing $5 trillion in annual energy expenditures (compared to about $2 trillion currently). The world in 2050, under the IEA’s scenario, will boast an economy twice as large as today’s, with 2 billion more people, and will consume 8% less energy. The bulk of energy will be supplied by renewables, and electricity will account for almost 50% of total energy consumption. To be fair, the IEA acknowledges this road to net-zero emissions is uncertain, and additional pathways may need to be considered. I agree.

AA: What are your thoughts regarding President Biden’s fiscal-year 2022 budget as it relates to clean energy initiatives?

YS: President Biden has articulated a goal of reducing greenhouse gas emissions by at least 50% below 2005 levels by 2030, and to net zero by 2050. It’s not surprising that his pathway utilizes the tax code to continue incentivizing the buildout of renewables through incentive tax credits (ITCs) and production tax credits (PTCs), while eliminating fossil fuel tax preferences. The latter includes repealing the advantageous tax status of master limited partnerships (MLPs).

However, his is not the only approach. The House Ways and Means Committee has a proposal in the Green Act that would not eliminate the MLP structure, but rather would expand qualifying activities to include renewables, alternative energy and carbon capture, utilization, and storage (CCUS).

It’s a good bet that incentives for renewables will pass, but the details have yet to be determined. MLPs have a very good argument to advance—that the structure, as intended, did result in substantial investment in infrastructure, and the MLP is an appropriate vehicle to stimulate additional investment in clean energy. It is much too early to write off MLPs, especially given the slim Democratic majority.

YS: Yes. The world has changed. ESG investing and the energy transition trends are now well established. But it is a mistake to write off oil and natural gas; they can coexist in a green world. 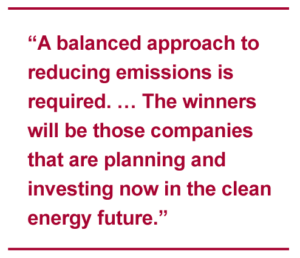 A lot seems to be riding on the notion of technological breakthroughs, improving energy efficiency, and behavioral changes. In the meantime, there is a problem with the intermittency of renewable power. It is critical to have a source of backup energy, such as natural gas. Just ask California and Texas, which experienced blackouts during the past twelve months.

Fossil fuels are essential for everyday life, from generating electricity to transportation to making the chemicals, plastics, and synthetic materials that are in nearly everything we use. Most medicines, such as aspirin, use oil and natural gas-based petrochemicals in their manufacture. In the meantime, about 790 million people worldwide do not have access to electricity, and around 2.6 billion people do not have access to clean cooking options.

A balanced approach to reducing emissions is required. Cries for eliminating fossil fuels are akin to prescribing medicine that cures the illness but kills the patient. The energy transition will take decades to evolve but there is a sense of growing urgency to take action now. The winners will be those companies that are planning and investing now in the clean energy future.

Midstream companies have begun to direct capital investments toward clean energy. They are well positioned to provide the requisite infrastructure in a net-zero-carbon world.

Yves C. Siegel, CFA, formed Siegel Asset Management Partners in October 2020 and is a subadvisor with ELCO Management Company, LLC. In a joint effort, the two firms will launch new investment strategies in energy infrastructure and renewables. For the past eight years, Mr. Siegel was a Managing Director and Senior Portfolio Manager in Neuberger Berman’s Private Asset Management group, where he successfully launched and managed a $250 million infrastructure income strategy with a seven-year track record. In addition, Mr. Siegel was a Senior Portfolio Manager for a multibillion-dollar midstream strategy in the U.S. and Japan. Prior to joining Neuberger Berman in 2012, Mr. Siegel was a Managing Director and Senior Equity Analyst at Credit Suisse and established the firm’s leading sellside MLP/Natural Gas Pipeline research franchise. Previously, he was a Senior Portfolio Manager at a New York-based multi-strategy hedge fund focused on MLPs, and was a Managing Director and Senior Equities Analyst at Wachovia Securities. Mr. Siegel also was the senior member of Smith Barney’s Institutional Investor-ranked energy team, and held a senior analyst position at Lehman Brothers. Mr. Siegel is the recipient of the 2018 “Ammys” Hall of Fame award in Research and Analysis, an honor recognizing excellence and contributions to the North American Infrastructure sector. He received both a BA and an MBA from New York University, and has been awarded the Chartered Financial Analyst designation. He is also an adjunct lecturer at Baruch College, teaching classes in Financial Statement Analysis and Behavioral Finance.