The MLP Newsletter for Advisors • Winter 2017

Alerian is an independent provider of Master Limited Partnership (MLP) and energy infrastructure market intelligence. Its benchmarks, including the flagship Alerian MLP Index (AMZ), are widely used by industry executives, investment professionals, research analysts, and national media to analyze relative performance. As of November 30, 2017, over $15 billion is directly tied to the Alerian Index Series through exchange-traded funds and notes, separately managed accounts, and structured products. Advisor Access spoke with Alerian President and CEO Kenny Feng about the future of MLPs.

Advisor Access: Although MLP fundamentals are improving, distributions are rising, and coverage is improving, the market doesn’t seem to be impressed. At what point, in your view, will MLPs finally begin getting some of the credit they deserve?

Kenny Feng: This may not be a particularly helpful answer from the standpoint of timing one’s investment, but the right thing to say is I don’t know.

To address the individual prompts: Yes, fundamentals are improving, but not equally for all asset types, basins, and, as a result, companies. Distributions are rising, but each quarter there have been cuts too, both of the traditional and backdoor variety. Coverage is improving, but the baseline against which that improvement is being measured had gotten pretty low during the most recent commodity bust.

Generalist institutional investors, who we think ultimately will anchor the next leg of outperformance, are looking for margin of error. They want to know that in a stress test, like the one we’ve seen for much of the last three years, distributions won’t be cut, coverage will stay above 1x, and financial leverage won’t creep above 5x (or for many, 4x). Many of these investors would accept lower going-forward distribution growth in exchange for less volatility in these metrics.

The right solution for each company to “get credit” depends on its specific circumstances, including the makeup of its current investor base. If more of a particular company’s units are held by income-seeking retail investors, management might be less willing to rip off the Band-Aid (i.e., cut the distribution to get back to financial stability in a timely fashion).

AA: Another period of increasing instability in the Middle East has the potential to affect world energy markets. How directly do price swings in energy prices translate to MLP prices?

KF: Commodity prices, especially the degree to which they are volatile, certainly have the ability to affect investor sentiment and, as a result, MLP unit prices. The extent to which they actually drive market values is a function of whether the perceived cause is temporary or structural, whether its effects are expected to be short term or long term, and whether or not a company has the margin of error to absorb the consequences.

Historically, MLPs used distribution stability and growth through various business cycles to demonstrate the existence of this margin. But enough companies have cut their distributions in the last couple of years that investors no longer believe in the usefulness of this measure, which is why the conversation has shifted to a more traditional one from the corporate world: self-funding. Slowing your MLP’s distribution growth and not issuing new units collectively make the general partner’s incentive distribution rights less valuable, which is why, among other reasons, we’ve seen several exchanges of these interests for common units. Not every company has taken the necessary steps—which are painful in the near term—or at the very least outlined an executable strategy for restoring confidence, which is part of the reason we haven’t seen MLPs rise to the extent that many expected as WTI [West Texas Intermediate] crept back into and stayed in the $50s.

As a matter of cash flow, the extent to which commodity price swings affect unit prices depends on the type of asset. On one end, an interstate refined products pipeline with a federally mandated inflation escalator and flat-ish demand should see no impact from the price of oil bouncing around. It is the only asset type to which the overused analogy of a toll road’s revenue model should be applied.

One step down on the risk spectrum would be interstate natural gas pipelines with long-term take-or-pay contracts. You need a few derivations for commodity prices to impact cash flows there: The price of natural gas falls to the point where the source basin becomes uneconomic, and contracts are up for renewal in the near term without the ability to reverse or retrofit the line to maintain or grow revenue.

Now compare that to a third-party gathering contract with no minimum volume commitment. Even if the contract is fee-based, that obviously doesn’t do you any good if your volumes dry up. As keep-whole and percentage-of-proceeds contracts were converted into fee-based ones after the financial crisis, the term fee-based became synonymous with safe or having limited downside, and it’s not. That doesn’t mean all such assets are poor investments, only that the margin of error should be proportionate to its risks.

AA: The debate in Washington about tax reform includes topics that could have a bearing on holders of MLP units. How important do you perceive tax reform to be for the sector?

KF: I should, of course, begin by saying I am not a tax expert, and my answer should not be construed as tax advice. Based on MLP outperformance versus the broader market and energy on November 30 and December 1—i.e., after Senate Majority Whip John Cornyn introduced an amendment to the bill that passed committee preserving the relative tax advantage of MLP income over corporate dividends—tax reform appears to be pretty important in the minds of MLP investors.

While eliminating MLPs was never on the table in either the House or Senate versions of the tax reform bill, even taking away their relative tax advantage would almost certainly dissuade the formation of new MLPs. The House version is friendlier to MLP interests, and we, along with all of the industry’s stakeholders, will be closely following the compromise discussions between the two chambers this month. While important, the end result of these discussions does not change the long-term thesis that MLPs are an investment in the long-term build-out of North American energy Infrastructure. 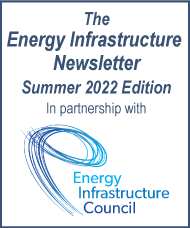 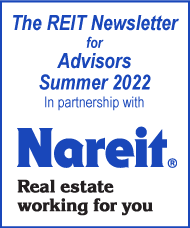 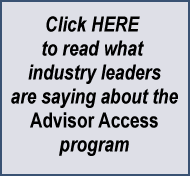