Advisor Access: What makes student housing an attractive asset class to invest in? 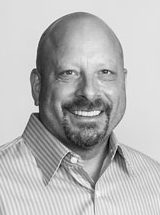 Bill Bayless: In total, the higher education landscape in the United States is composed of more than 4,600 institutions serving 20 million students. Within this broad universe of colleges and universities, American Campus Communities focuses on four-year public flagship universities and select four-year private institutions with enrollment greater than 15,000 students. Our target market contains 255 colleges and universities with 6.1 million students. These are campuses with a residential heritage that have exhibited consistent enrollment growth over many decades.

From an overall supply standpoint the vast majority of the current housing available for students in these markets, whether located on campus or off campus, is not meeting the needs of today’s student. The majority of the existing on-campus housing supply, where 21% of students are living, was designed for the Baby Boom generation and is functionally obsolete—offering little in the way of privacy, amenities or technological requirements such as reliable internet service. These are the dorms of the last century, typically cinder block construction with double or triple occupancy, group bathing facilities, no amenities within the buildings, and limited private or group study space.

The majority of available off-campus housing, where approximately 79% of students live, was not designed for students and is typically composed of low-quality, low-density absentee landlord communities, such as duplexes and single family homes located near campus. Overall, very little modern student housing was developed across the country until the mid-1990s, when ACC was founded and began focusing on this drastically underserved segment of the real estate market.

This landscape provides a tremendous opportunity for the ownership of conveniently located, academically oriented, purpose-built student housing communities in Tier 1 college markets throughout the United States.

AA: What is the company’s overall growth strategy?

BB: First and foremost, ACC prides itself on being an operator of high-quality academically oriented student housing communities. We are very fortunate to also operate in a young sector, which provides the company with several very attractive growth avenues. We have achieved internal growth from our existing asset base, each and every year with 11 consecutive years of same-store net operating income (NOI) growth and 48 consecutive quarters of same-store revenue growth, including through the Great Recession of 2008 and 2009.

Further, operating in an industry that is still in its infancy continues to provide external growth opportunities through the development of new on-campus and off-campus student housing communities, as well as the acquisition of existing properties. Since our IPO, ACC has developed or acquired a total of over $8.0 billion in assets, and in the fall of 2017 we will deliver 10 new properties totaling over $600 million in development across 10 collegiate markets. This is our largest annual development year since inception, highlighting the continued opportunity for accretive new assets across the country. 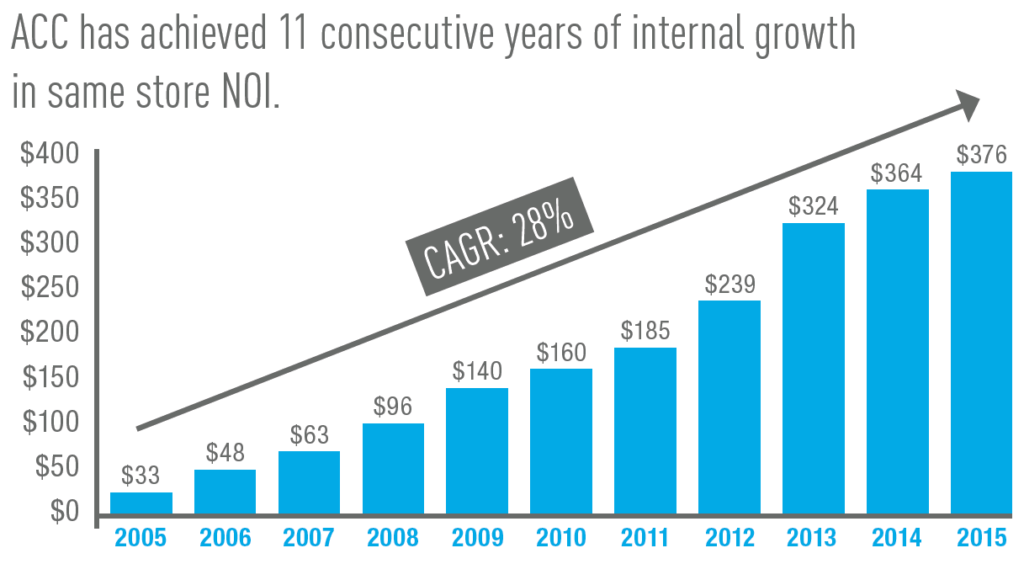 AA: How does your portfolio compare to existing student housing in terms of quality, amenities and pricing?

BB: Students today are a sophisticated consumer, demanding well-designed housing located close to the classroom at an appropriate cost. At American Campus Communities, our strategy is to “build for the masses, not the classes,” which simply means providing a variety of price points within a single community so students from all socio-economic backgrounds can access the same high-quality living product in a close-to-campus location.

As a point of comparison, our average monthly rental rate is $685 and includes modern accommodations, consumer-driven amenity packages and state-of-the-art technological features, as compared to the functionally obsolete existing on-campus housing, averaging more than 50 years old with a rental rate cost of $683 per month for shared accommodations, or $869 per month for a private room, at the universities we serve. The value proposition associated with these well-located, academically oriented communities to today’s student is quite compelling, as evidenced by our average same-store fall occupancy of 97.7% since our 2004 IPO.

BB: Great question. Within the student housing industry, ACC is recognized across the sector as the top company with the best-in-class portfolio and operating platform. This status was really the culmination of years of industry-leading results built on the company’s grassroots understanding of student housing. To that point, 25 members of the senior management team, including myself, began our careers as Resident or Community Assistants in student housing properties.

More broadly, as briefly mentioned above, ACC provides growth opportunities regardless of existing macro-economic conditions, as demonstrated by our positive performance during the Great Recession. It is very interesting to contrast this to multifamily housing, where performance is heavily influenced by larger macro-economic forces including GDP and job growth. When comparing the return profiles of these two sectors through an entire economic cycle, student housing averages stronger returns with significantly lower risk levels, as measured by volatility of net operating income. In effect, ACC has demonstrated a stronger return profile with lower risk.

AA: Is the cost of a college education or rising student debt levels a concern?

BB: Contrary to some media headlines that are primarily related to impacts of for-profit schools, the value of a college degree from a four-year public university remains extremely attractive. Across our markets, the average annual in-state tuition at a four-year public school is only $9,600.

In terms of concerns over student debt levels, at four-year public universities, 43% of graduates leave school with no debt, and for the 53% who do graduate with loans, the average balance is only $25,000. This compares very favorably with the $24,000 median increase in annual income earned by a college graduate versus a high-school graduate. In short, obtaining a college degree from a Tier 1 public university remains attractive and is evidenced by the normal 1 to 2% annual enrollment increases we see at four-year public universities.

AA: What is ACC’s plan in regards to its dividend?

“We are one of the few companies that did not reduce its dividend during the Great Recession and have in fact never cut our dividend.”

BB: As a publicly traded REIT, the dividend is very important to us. We are one of the few companies that did not reduce its dividend during the Great Recession and have in fact never cut our dividend. Rather, we have grown the dividend by more than 5% annually since 2013, with increases each year. As previously mentioned, we believe the multiple growth opportunities present in our sector should lead to a healthy increase in our earnings and continue to offer an attractive dividend to our shareholders. Also, we maintain a healthy FFO payout ratio, in the mid-70% range, that provides sufficient coverage of our dividend.

AA: Why is ACC a good long-term investment?

BB: We believe our stock has all three qualities an investor desires: strong growth opportunities in an emerging sector, consistency of operating performance with recession-resilient aspects, and the ability to clip a coupon in terms of a well-supported dividend.

“We believe the themes of modernization and privatization paint one of the best near-term and long-term stories in REITland, serving as ongoing demand drivers that allow the sector to be less bound to the real estate cycle and the general economy. American Campus has a proven track record over cycles, and we consider the company to be a “blue-chip” REIT with one of the best management teams in REITland.”

“ACC’s attractive top-line growth, which is locked-in through August 2017, and well-capitalized balance sheet offer certainty in an uncertain macroeconomic environment.”

“At a 5% premium to NAV and a 2017 FFO multiple which we believe is easily justified not only by the 8.5% Core FFO CAGR we expect through 2018 but the acceleration that is likely to occur as ACC delivers what could very well be more than $1B in new properties through 2018, we view current pricing as an attractive entry point.”

The information contained in this facsimile message is intended only for the use of the individuals to whom it is addressed and may contain information that is privileged and confidential. If the reader of this message is not the intended recipient, you are hereby notified that any dissemination, distribution or copying of this communication is strictly prohibited. If you have received this communication in error, please notify us immediately by telephone at (707) 933-8500.

The material, information and facts discussed in this report are from sources believed to be reliable, but are in no way guaranteed to be complete or accurate. This report should not be used as a complete analysis of the company, industry or security discussed in the report. This is not an offer or solicitation of the securities discussed. Advisor-Access LLC and/or its employees, contractors and owners, may purchase or sell the securities mentioned in this report from time to time. Any opinions or estimates in this report are subject to change without notice. This report contains forward-looking statements under the federal securities law. These statements are based on current expectations, estimates and projections about the industry and markets in which American Campus Communities operates, management’s beliefs, and assumptions made by management. Forward-looking statements are not guarantees of future performance and involve risks and uncertainties that could cause actual results to differ materially from the forward-looking statements. The securities discussed may involve a high degree of risk and may not be suitable for all investors. ACC has paid Advisor Access a fee to distribute this email. By clicking on any of the links in this email you agree that your contact information may be shared with ACC.

Advisor-Access LLC was designed to bring compelling investment ideas to investors in the form of in-depth interviews with company management and the latest fact sheets and corporate presentations, in a concise format: the critical pieces of information an investor needs to make an informed investment decision. Read the Advisor-Access Full Disclosure Online